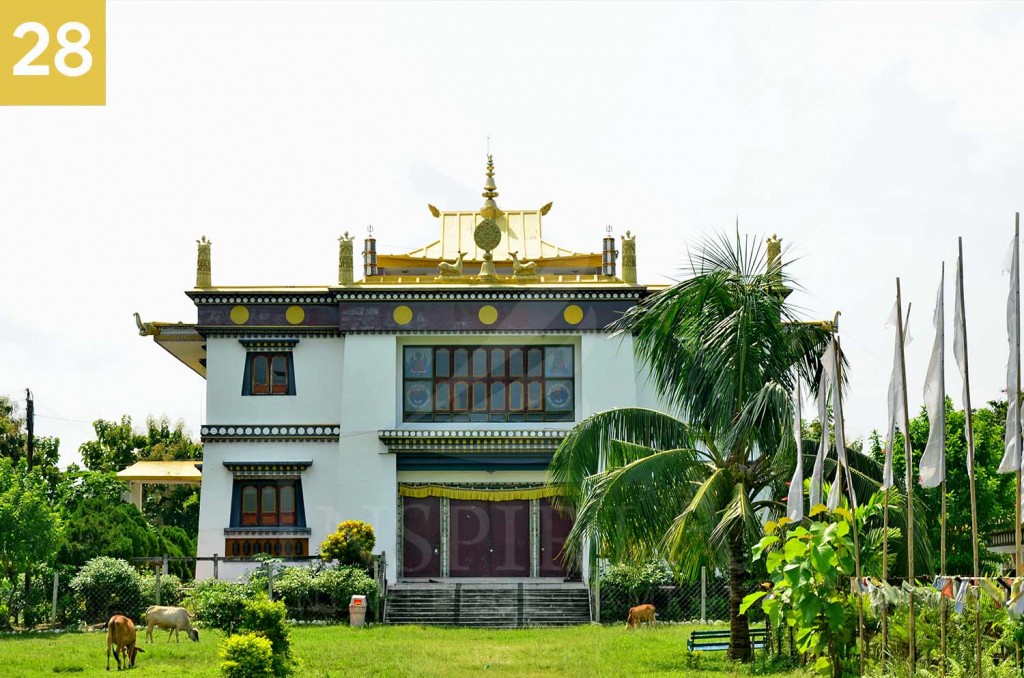 Rangapani Buddhist Monastery is located in the Darjeeling District of West Bengal with green areas surrounding it. It is on the way to North Bengal Medical College and Hospital and Oncology Center, Rangapani. It is the closest stop on route to the New Jalpaiguri Station. 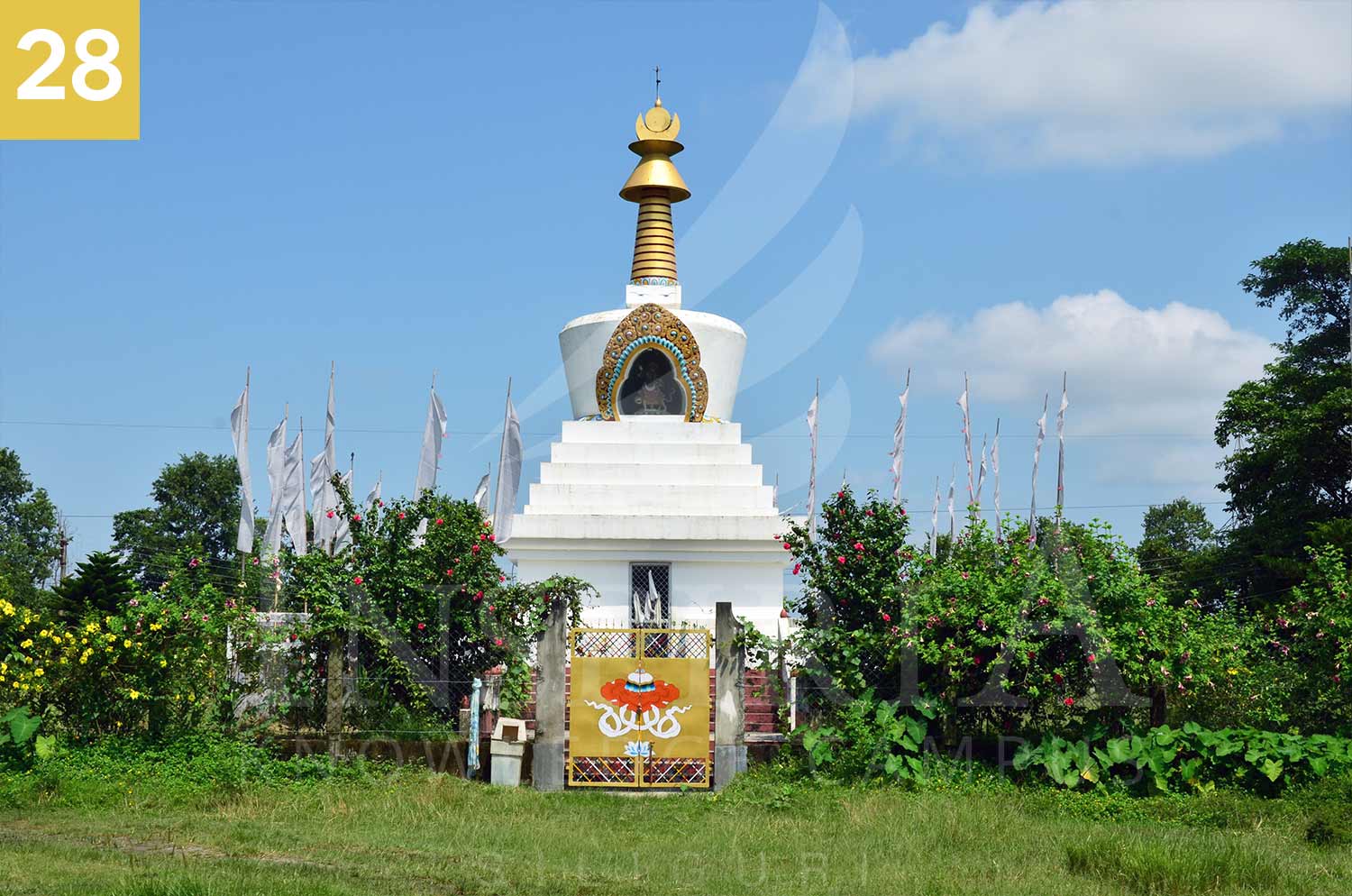 If you want to indulge in spiritual retreat, find your quest, absorbing in the enthralling Buddhist chants at Rangapani Buddhist Monastery. Located in the Darjeeling District of West Bengal, the monastery is one of the prime spiritual hubs for the Buddhists. The only monastery established in Rangapani, this spiritual center stands enroute to North Bengal Medical College, Hospital & Oncology Center, Rangapani. Peacefully consoling, the monastery offers the utmost escape from the clamor of the urban rush.

The striking whitewashed structure stands amid the flowing stretch of plains. The greenery and the flower garden surrounding the monastery further enhances its beauty. The monastery is located at a fleeting distance from the New Jalpaiguri Station. Thus, one can easily locate the place from NJP. 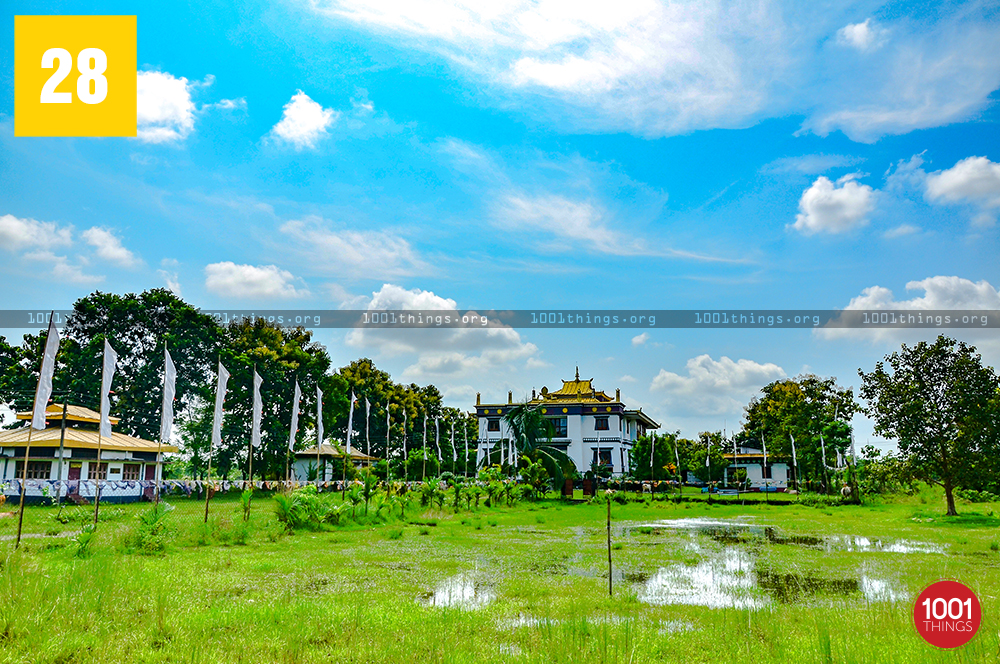 The architectural structure and design of Rangapani Buddhist Monastery resemble any other Buddhist monastery. The entire structure is brilliantly conceptualized with ancient Buddhist architectural style. The monastery has 108 prayer wheels arranged from the entrance area. You can offer your prayers by spinning every 108 wheels in sequential order. If you’re doubtful, you can always seek help from the generous and amicable monks.

While entering inside the monastery, you will see the statue of Buddha placed right in the center. You will also notice the altar which is built for offerings and prayers. Similar to other Tibetan Buddhist monasteries, there are seating places with an attached board on each side of the hall. The board is particularly built to hold religious books. Every morning and evening, these seating place will be occupied by the monks to read the chants from the religious books.

The ancient Buddhist texts and colorful religious murals adorn the entire walls of the monastery. If you ascend to the two upper basements, you will find similar kind of religious paintings and miniature statues kept in an orderly manner. The topmost basement offers the most scenic views around. The monastery boasts of a pristine whitewashed chorten (stupa) built right next to it.

The whitewashed structure holds immense religious importance in Buddhism. The shape of the chorten symbolizes Buddha in a meditating posture with a crown. The crown dazzles in its flawless golden sheen. The base of the crown comprises a spiral structure. The structure installed right above it resembles with an upturned vase. The topmost part reflects the twin symbol, i.e., the unification of the sun and the half moon. Each of these structures is set accordingly to the religious aspect and deciphers a profound religious meaning.

The aura of the place retains an absolute peace. Anyone can find comfort in the rare chants and hymns. This three-storeyed monastery is a crucial meditation & spiritual development hub of the Buddhist monks. If you want to delve deeper into the spirituality or, learn about the Buddhism sect, you can indulge in the intriguing conversations with the monks.

And if you seek to relish the spiritual getaway, lose yourself in the peaceful ambience of Rangapani Buddhist Monastery. Ditch the concerns of the restless urban lifestyle and plunge in the surreal tunes of ‘Om Mani Padme Hum’. Let the peace and enlightenment trickle through your mind and soul as you watch the Buddhist prayer flags flutter in its infinite rhythm.

So, have you been seeking for an escapade from everything that disrupts your emotional and mental sanity? Come. Find your peace at Rangapani Buddhist Monastery.