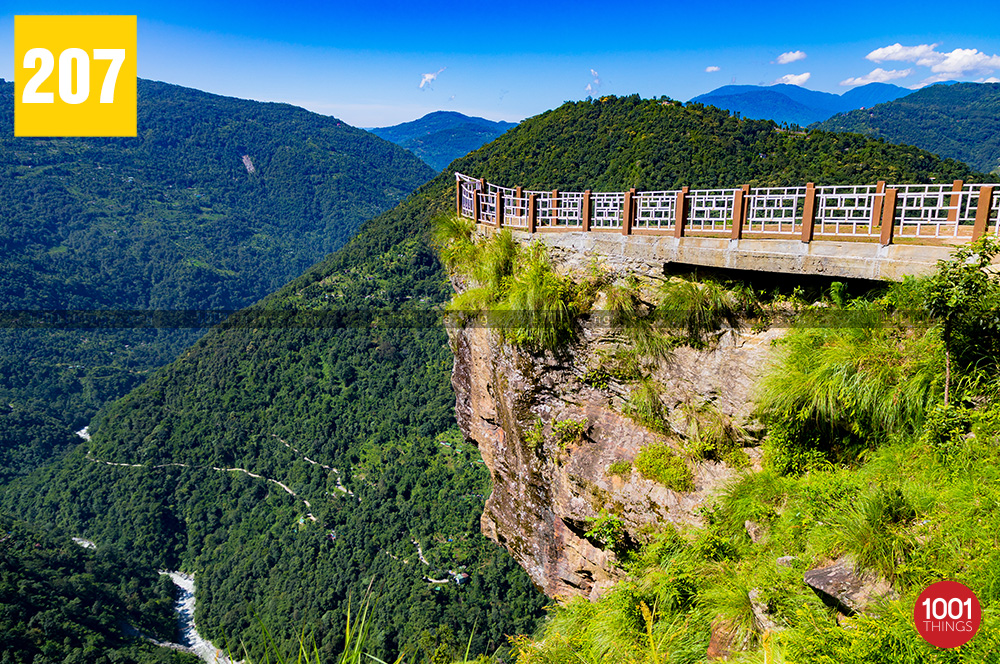 Well, you know about the historical Titanic or, at least, you must have watched the movie ‘Titanic’. Despite being an epitome of the magnificence of a different era, disastrous sinking befell on its very first maiden voyage. But, even at this age, we still can acquire an insight into its grandeur, lavishness & palatial infrastructure through Hollywood lenses. The largest ship of that age, Titanic sank in the North Atlantic Ocean in 1912, while she hit an iceberg. The wreckage of Titanic remains buried upon the ocean bed, yet it’s essence remains alive in our hearts – be it through narratives, books, blogs, documentaries, and movies.

Today, we are going to take you to a journey that certainly will remind you of the famed Titanic. FYI, we will be not be delving into the ocean floors nor traverse any museums where the old remnants remain treasured. Wondering, where exactly? So, let’s unfold our quest!

Snuggled at an elevation of about 5,500 feet in the Southern part of Sikkim, Titanic View Point is steadily gaining the attention of travel fanatics from across the country. Situated at Namlung village of Ralong in South Sikkim, the place is 17.7 km away from Ravangla. (Ravangla is one of the major towns in South Sikkim). The calculated driving time required to reach Titanic View Point from Ravangla via Ralong Road is 50 minutes.

Secluded from the city rush, Titanic View Point is regionally called as ‘Chuchey Dhunga’ and ‘Titanic Dara’ because the massive rock fairly resembles with the bow or fore of a gigantic ship. Thus, anyone visiting the place for the first-time and beholding it from a particular distance will designate the area as the bow of a massive ship. (For the shape closely equates to what the Hollywood movie ‘Titanic’ depicts wherein the protagonists stands on the edge of the bow, with arms outstretched against the striking sunset skies).

The recently discovered Titanic View Point in Ralong adds to the major attractions in South Sikkim. Considerably offbeat, the place promises the breathtaking backdrop of Himalayan landscapes encompassing of eye-soothing lush green valleys, both steep & gentle slopes, scanty settlements, snow-clad peaks, and the silver waters of Rangeet River streaming at the bottom of the valley. The silver watercourse also forms a partition of West Sikkim and South Sikkim.

The viewpoint has well-built iron bars, perfectly framing the bow-shaped edges of the viewpoint. Well-constructed pathways are built leading towards the viewpoint. Titanic View Point Project was initiated by the authorities of Sikkim on 18th February 2018 and it was completed on 14th August 2018. The natural viewpoint faces the engrossing vistas of the serene mountains. The place further retains a soothing environment that bequeaths you the whiff of pure mountain air and an exceptional rejuvenation.

Once you reach Ravangla, South Sikkim, you need to drive for another 50 minutes to get to Ralong Village. You will surely enjoy driving through the scenic and empty mountain routes. En route, you will get to observe the beautiful villages, lush paddy fields, unceasing greeneries, snow-capped peaks at the distance, trees covered in pink blossoms. Furthermore, enroute, you will traverse the famous Buddha Park of Ravangla. And once you reach your planned spot, you will be able to catch a glimpse of Ralong Monastery based a little block away from the parking area. To get to the exact viewpoint, you need to walk a small distance downhill (and remember the pathways? so anyone can do it).

Prepare yourself to unfold an extraordinary experience! Standing on the prow of the viewpoint indeed will render an ineffable feeling. Due to its offbeat location and incomparable setting, there will be scanty crowds. So here you can revel in absolute solitude and peace. The viewpoint is located so, from which you can capture the 360-degree view of the surroundings. The elevation of the viewpoint ensures a thrilling experience of looking down towards the valleys, curvy roads, rivers, villages, and more. The beautiful landscapes offer promising vistas to photography enthusiasts as well.