Eklakhi Mausoleum- A Piece Of Historical Evidence Surviving The Ages

A Glimpse Into It’s Origin & Location

Eklakhi Mausoleum is worth exploring at least once in your lifetime if history and the ancient architectural artifacts intrigue you more than anything. Located just at the distance of 3km away from Adina Mosque, Eklakhi Mausoleum stands as one of the significant historical sites and monuments in Pandua, at the District of Malda in West Bengal. According to the sources, the expenses for the construction of Mausoleum at that time took one lakh rupees. Therefore, it was named “Eklakhi Mausoleum”. 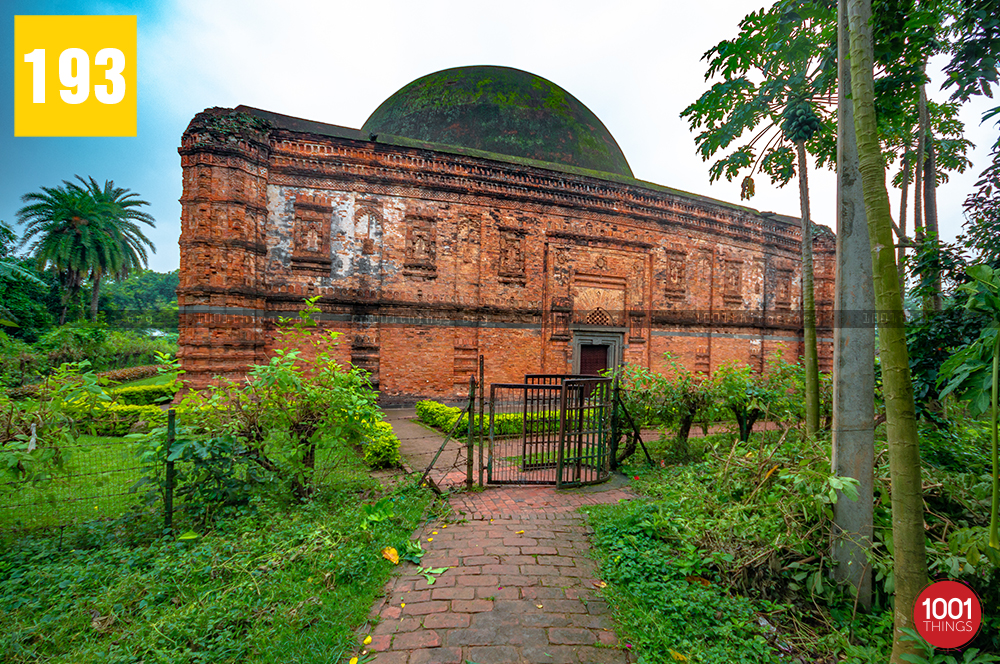 The structure possibly gains influence from the tomb of Iltutmish in Delhi. Comprising three tombs inside it, Eklakhi Mausoleum is the first single-domed square shaped building to be established in Bengal. The monument is traditionally is known as the tomb of Sultan Jalaluddin Muhammad Shah, his wife, and his son Shamsuddin Ahmad Shah. Jalaluddin was a son and the successor of Raja Ganesha. He was the Hindu king who later converted to Islam. Jalaluddin was the first native Muslim ruler of Bengal and the last Sultan of Bengal to reign from Pandua. 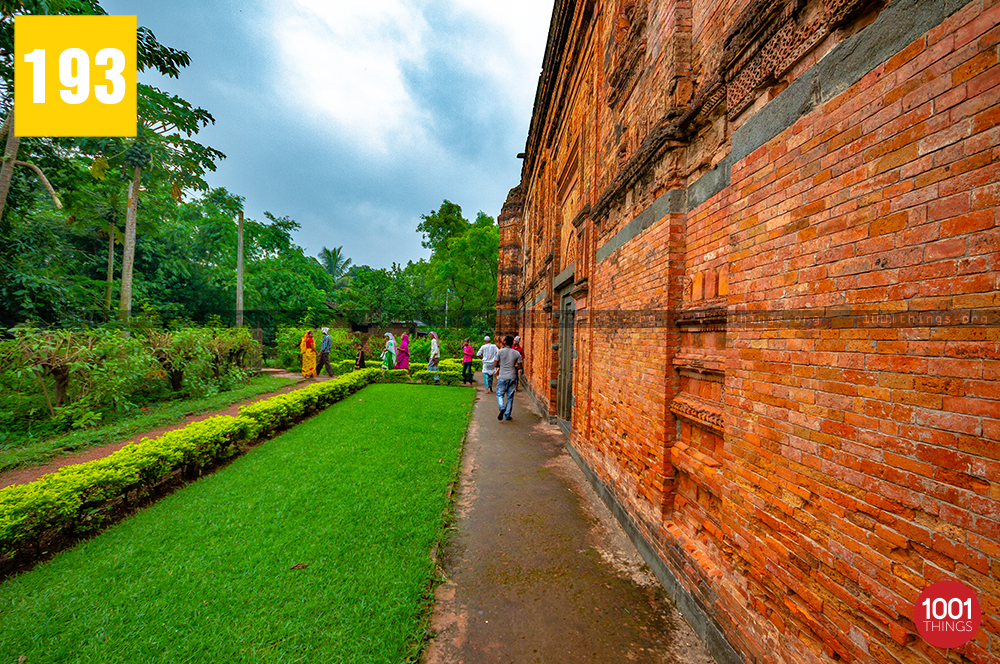 Established around 1425, Eklakhi Mausoleum is the earliest of its kind of architectural structures to be erected in Bengal. The bearings are still untraced. However, based on evaluation amidst scholars, a contrast of opinions have emerged regarding the identification of these tombs. 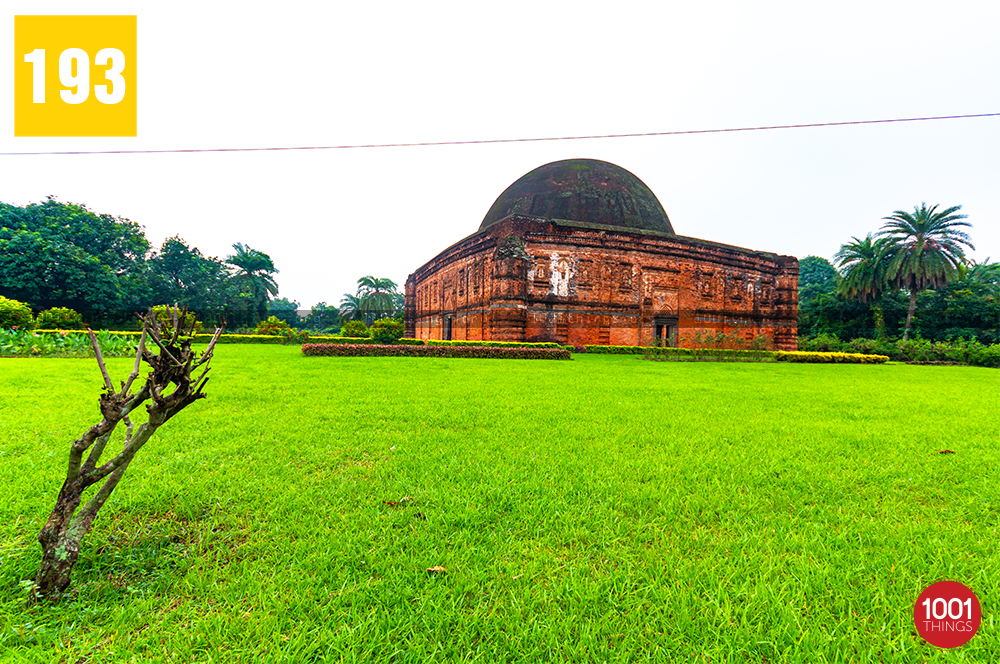 Eklakhi Mausoleum is constructed with red bricks. The tomb is about 8 meters tall. It rests on a rectangular base with an approximate dimension of 25 meters and 23 meters. The brick walls are 13 feet thick. A large dome stands on squinches on all four corners. An evenly arched cornice holds the bisected hemispherical dome on square squinches. There are brilliant terracotta designs on the Mausoleum walls and pillars on each corner. 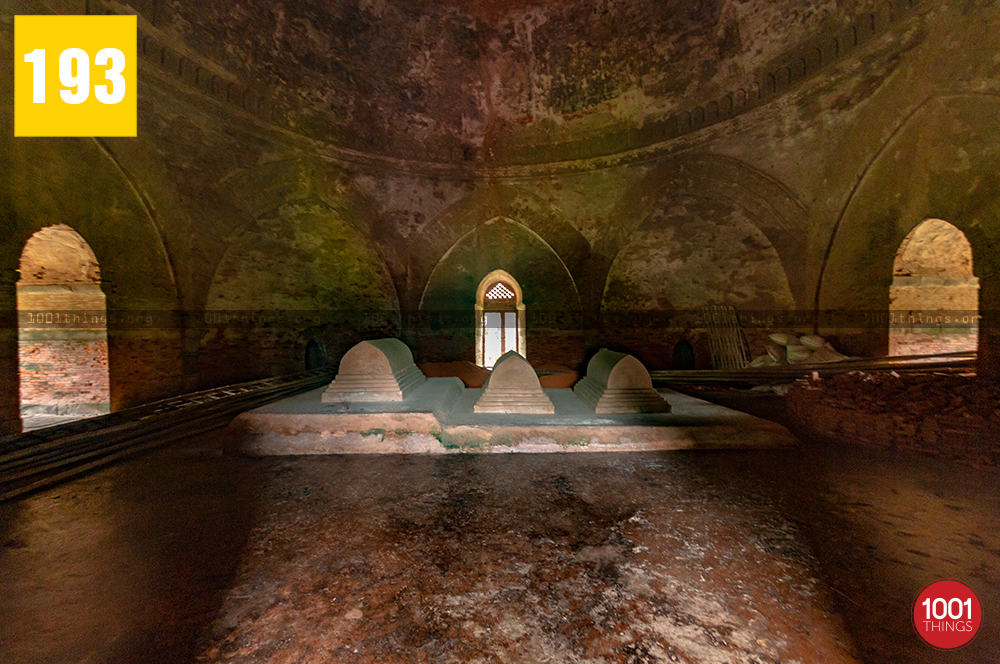 The dimension of the mausoleum is 75 feet wide and 25 feet in height. The diameter of the dome measures 46 feet wide. The entrance is built at each side. Each entry owns a fine arch. The inner chamber has no entrance and windows and measures about 47 meters. A unique feature of the interior large room is its four alcoves formed at the corners. The alcoves are often used as compartments for readers of the Quran. 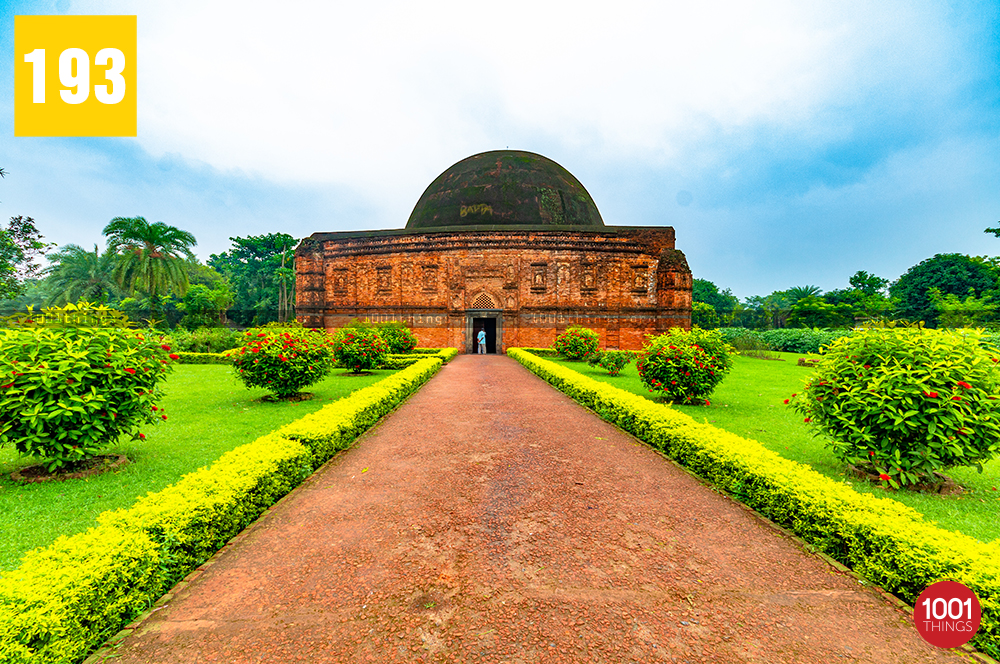 A Mark of Bengali Architecture

Eklakhi Mausoleum stands as a prime example of the peculiar Bengali architecture to get popularity throughout the age of the Bengal Sultanate and afterward. This historical place is pretty much peaceful and quiet. It stands amid the noiseless village. The surrounding comprises of neatly maintained gardens surrounded by greeneries. Eklakhi Mausoleum absolutely is a piece of trustworthy historical evidence surviving the ages. A visit to the place offers a unique experience. The place itself is a sheer and exclusive blend of rustic and ancientness. 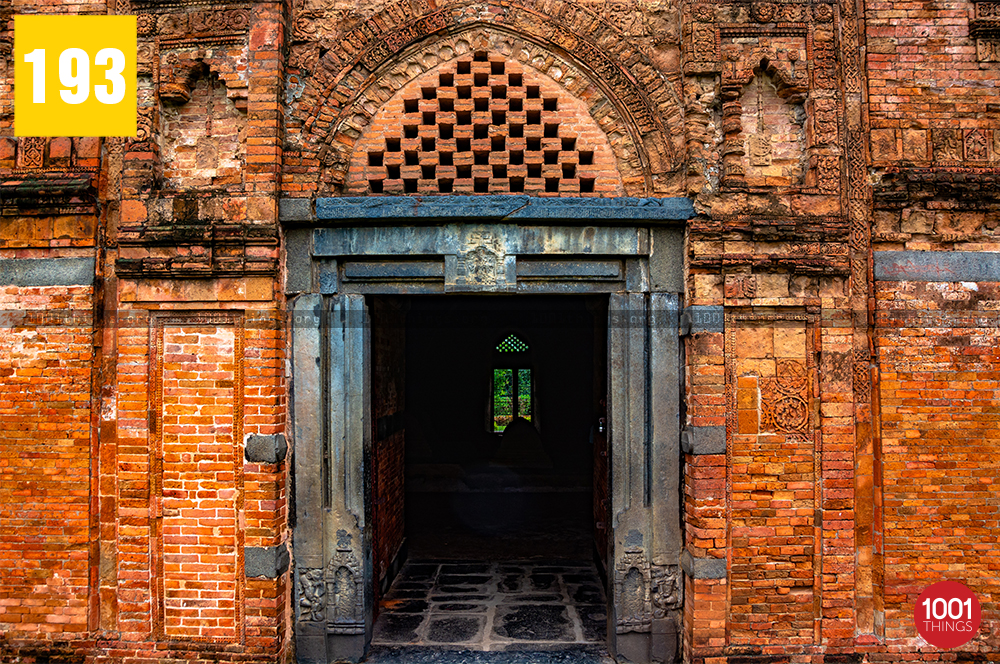 No entry fee is required for exploring the place. There is no security personnel to guard the Mausoleum. No shops, restaurants are located nearby. So, you should carry drinking water, food, snacks to curb your hunger (if needed). ASI has taken measures to renovate and look after this ancient structure.