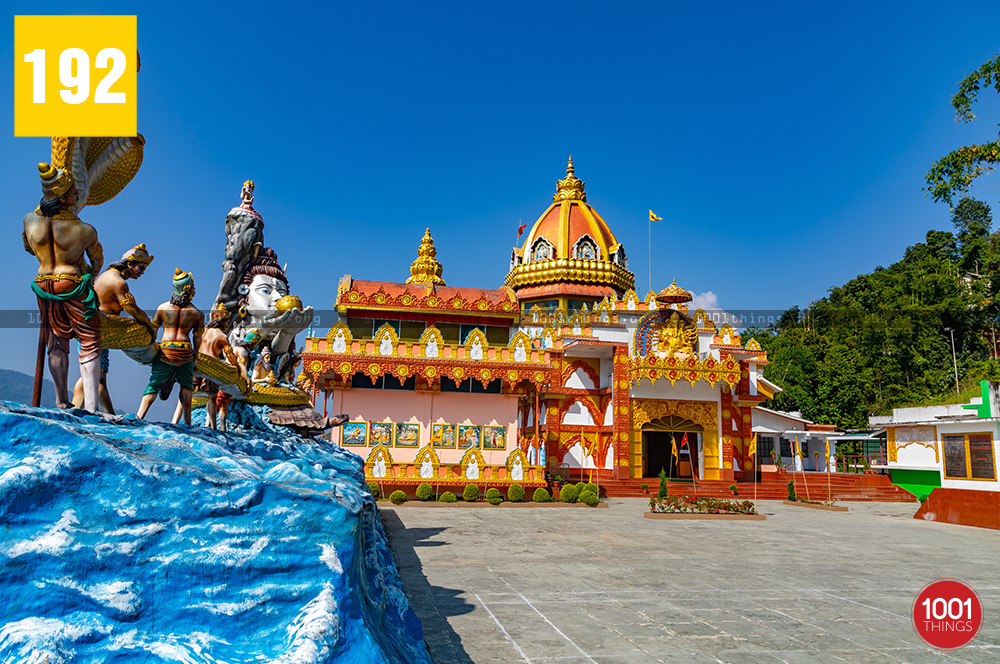 The tiny Himalayan state of Sikkim is molding itself into the dwelling place of deities. Well reputed for its natural splendor, rich biodiversity, and flourishing eco-tourism, the state is all set to become the religious tourism destination in the northeast. With more than 200 Buddhist monasteries, sacred shrines, temples established across the region, the state is gaining special attention of the mystics from across the country. 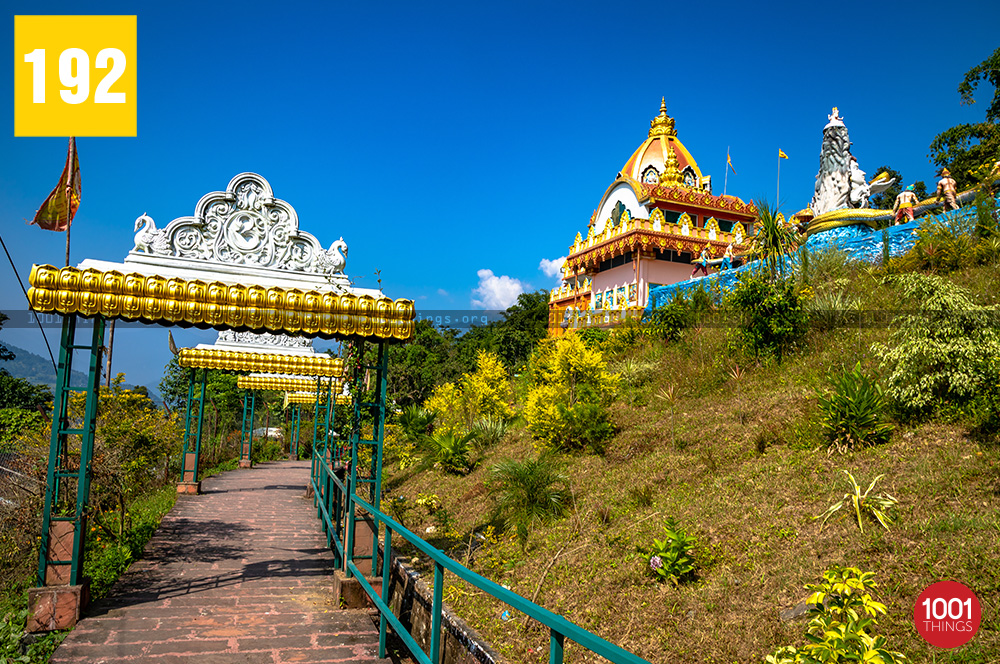 Emphasizing on spiritual tourism, the authorities are building replicas of some of India’s most renowned religious structures. One such instance is Siddhi Vinayak Temple at Rhenock. Also known as Vishwa Vinayak Mandir or, Ganesh Mandir, the temple adds on to the list of significant spiritual tourism destination in Sikkim. 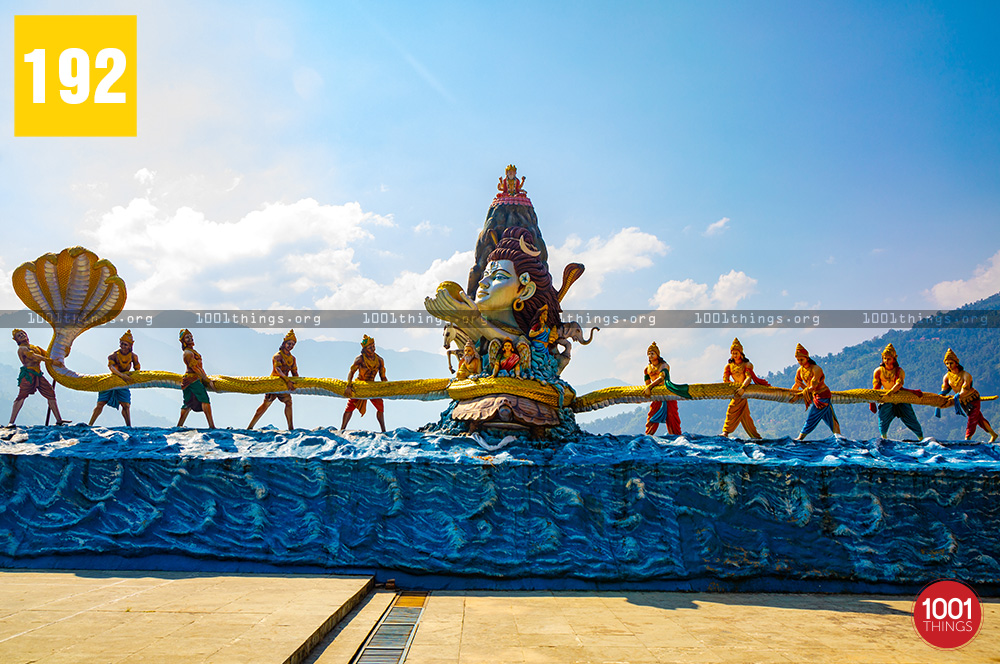 Siddhi Vinayak Temple, Rhenock is established amid the beautiful landscape of Rundung Village in Rhenock, East Sikkim. The Temple simply does not stand as a tourism landmark but also a pilgrimage site for Hindu devotees. Inspired by the famous Siddhivinayak temple of Mumbai, Vishwa Vinayak Mandir or, Siddhi Vinayak Temple of Rhenock is the replica of the same. The Temple is a grand four-storied, 108 feet tall structure erected over an area of 2.65 acres. 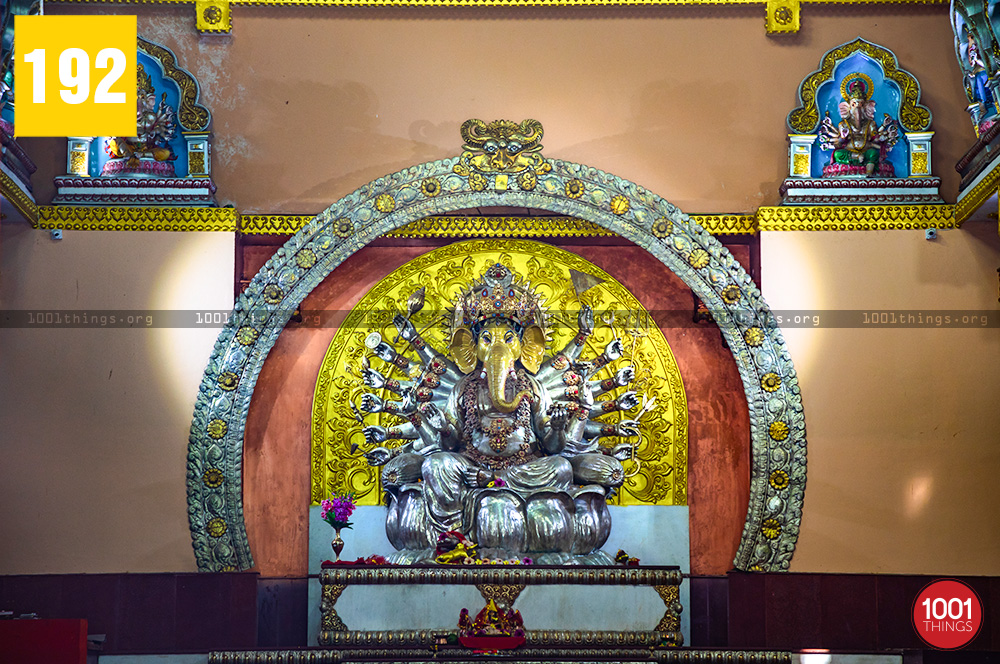 The temple dedicated to Ganesha was conceptualized by the Chief Minister Pawan Chamling. It is deemed that he had set the base stone of the Temple on the occasion of Hanuman Jayanti. The construction started on 20 April 2008. Eight years later, the Temple was inaugurated on 3rd October 2016 by Dinesh Chandra, general secretary of Vishwa Hindu Parishad in presence of the Chief Minister and hundreds of Hindu devotees. 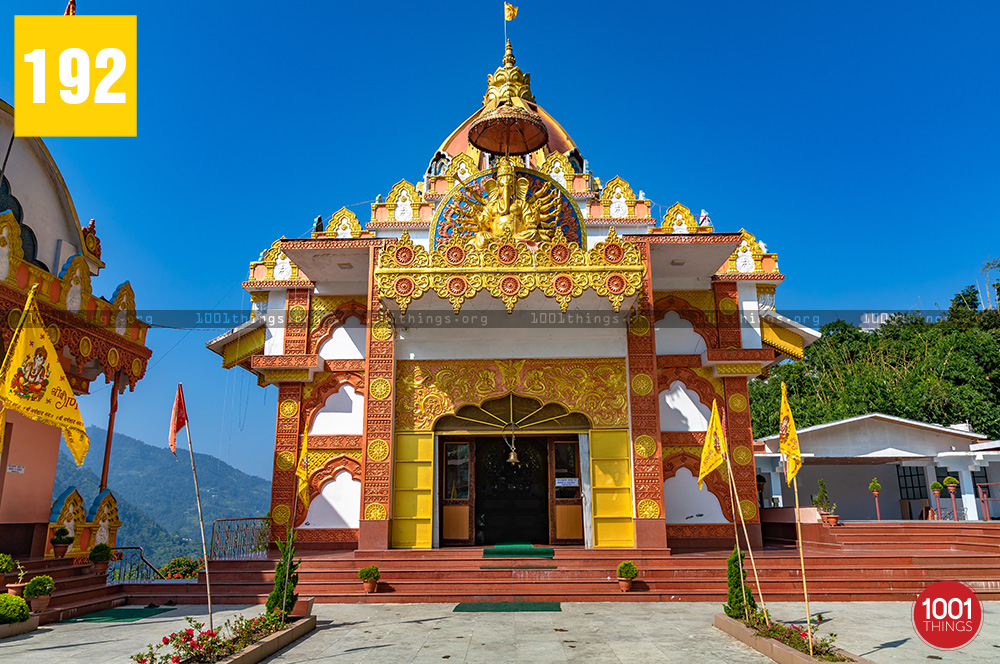 The mandir has been built on the area where previously the Radha Krishna Mandir stood. Siddhi Vinayak Temple, Rhenock is the first of its kind Ganesh temple in North India to house the idol of Ganesha in 51 forms.
Traditionally, Ganesha is portrayed with 4 pair of hands. Interestingly, the 12 feet tall idol of Ganesha installed at the main altar is portrayed with 8-pairs of hands. As you proceed towards the main entrance of the temple, you find 16 statues, each 12 feet tall set on the corridor. 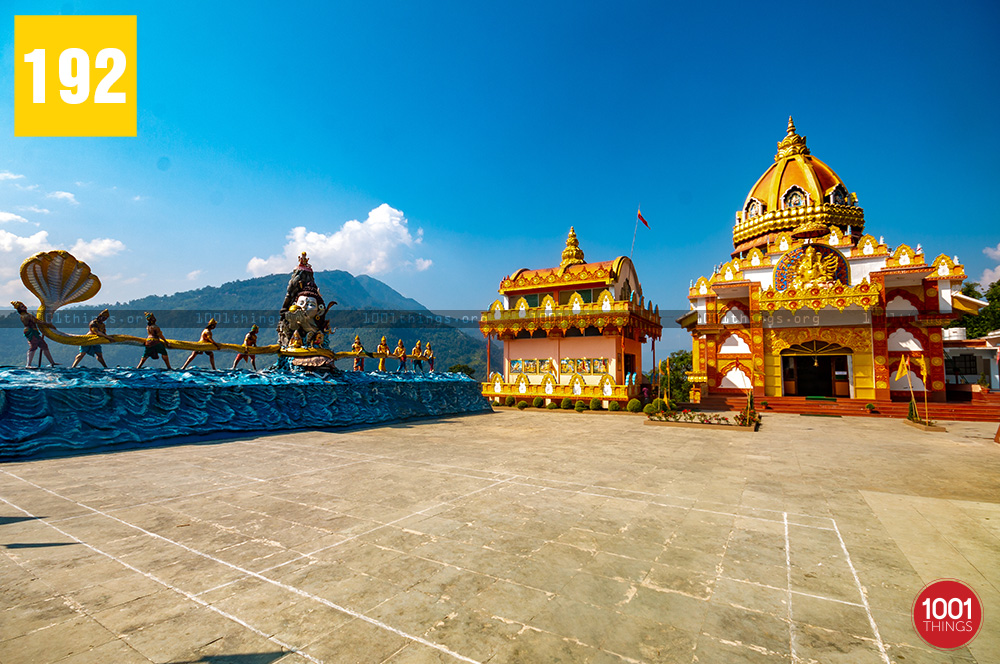 Another eye-catching appeal of the Temple is an imposing figure of Samudra Mathan that is one of the well-known incidents in Hindu mythology. The Mahabharata, Bhagavata Purana depicts the story of Samudra Mathan and also illustrates the origin of ‘Amrita’, the potion of immortality. The temple complex also has a Hanuman Temple as specified on Ramayana, Nine Realms or Galaxy, the articulation of the solar eclipse in Hindu mythology, a Shivling, etc. 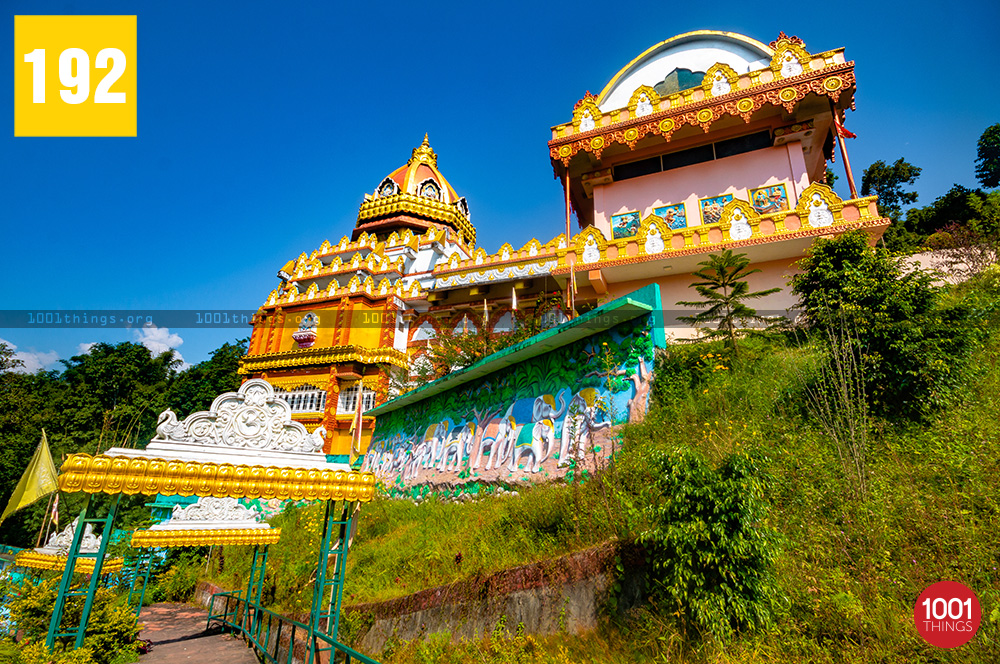 The wall surface of the temple dazzles with Hato paintings. It is affirmed that the majority of the building materials was shipped from Thailand. The skillful artisans for the construction and painting the temple were brought in from Rajasthan, West Bengal, Bihar, and Nepal. 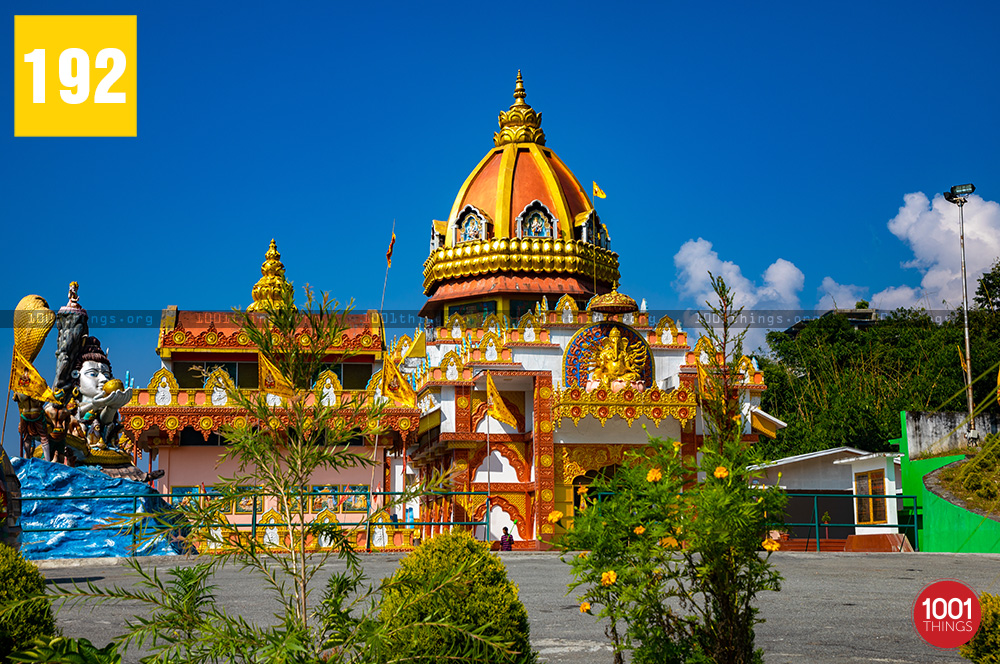 Siddhi Vinayak Temple of Rhenock has been built upon the ideals of pilgrimage tourism and for regular Hindu ceremonies to be adopted by the locals. Founded on the principles of a Ved Pathshala, the temple will serve as a pilgrimage hub and as a Vedic learning center.

Please Note that you can visit our Facebook page to see more photos of Siddi Vinayak Temple, Rhenock.