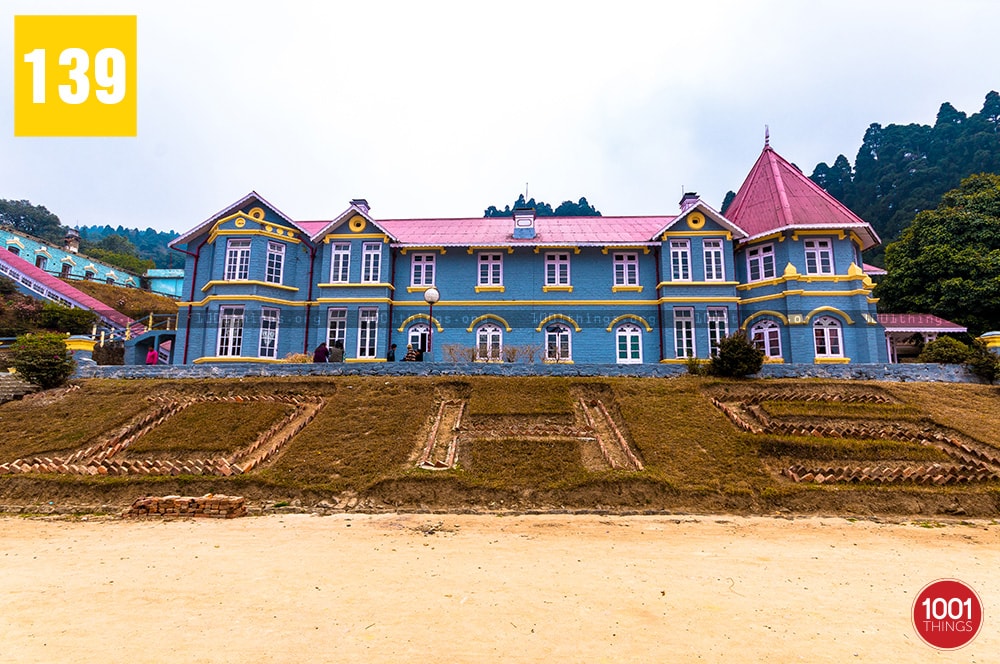 Dowhill and Victoria School-Places worth visiting while Traveling to Kurseong, Darjeeling

In the year 1879 Sir Ashley Eden, the then Lieutenant Governor of Bengal desired of starting a School for the wards of Government servants belonging to the middle and low-income group, who could not afford to send their children to the hill schools. To serve the purpose a house named ‘Constantia’ was bought and it was converted into a residential school.

In August 1879 the first batch of 16 children arrived at the school, who had to travel in 3 tongas from Siliguri and halt at six places before they arrived here. After some years the number of pupils increased rapidly and it was felt that space in the old building could not accommodate the number of students. The school was then shifted to Dow Hill, where the Railway Offices were vacated and the Railway Quarters at Dow Hill were handed over to the Education Department.

The new location was ideal for the educational institution as it was far away from the maddening crowd and between the dense pine forest, commanding a picturesque view of Kanchenjunga, the air was very pleasant and there was the abundance of water. Mr Edward Pegler was the first Headmaster of the school, he was assisted by his wife. The Peglers worked alone till 1885. The school then had 103 students.

In 1886 two more teachers, Mr and Mrs Barnes, came from England to help Mr and Mrs Pegler. As the demand for the admission of boys became more insistent the Government decided to reserve the School for boys only.

Dowhill school ceased to be co-educational in 1888, may be due to lack of space and the girl’s department was closed down for 6 years. The mixed system was discontinued in the best interest of the school. The school was run entirely for the boys for a decade.

The two schools are situated 1 km apart in a beautiful pine forest in a Kurseong subdivision of Darjeeling District. These two schools, established in 1879, are among the oldest schools in the country. But they are unique in many respects. They are the only schools under the Government of West Bengal, affiliated to Class X, ICSE and XII, ISC.

Dowhill in Kurseong evokes mystery in every way. From its eerie tales to its unsurpassable natural splendor, its silent yet enchanting woods and Gothic relics, there certainly is no other place like Dowhill Kurseong. The place offers an exotic experience. Be it nature lovers, elderly couples, photographers, Dowhill stands as one of the unmissable places to visit in Kurseong.If you wish to escape the raging summer sun of the plains and metropolises, then plan a gateway trip to Kurseong, India. The best time to visit Kurseong is from March to June and from September to December.

#2.The weather of Dowhill Kurseong

Dowhill is one of the best places to visit in Kurseong. The place experiences pleasant weather almost throughout the time, except for monsoon. Avoid visiting the place during monsoon seasons as the place experiences an incessant rainfall. Winters are extreme and the temperature drops to 2 Degrees. However, if you love winter or want to experience one in Kurseong, India, don’t stop yourself from backpacking.

#3.How to Reach Dowhill Kurseong

Ideally secluded from the bustle of the crowds, Dowhill is accessible with a short drive from the heart of town. There are a good number of vehicles available in town. So, you can either opt for shared transport or hire a car to reach the spot. You can even plan a trek to Dowhill Kurseong with your friends if you want. You can either hire a guide for the trek, else use the Google maps. You can even seek advice from the amicable locals if you need some help regarding the route or the place.