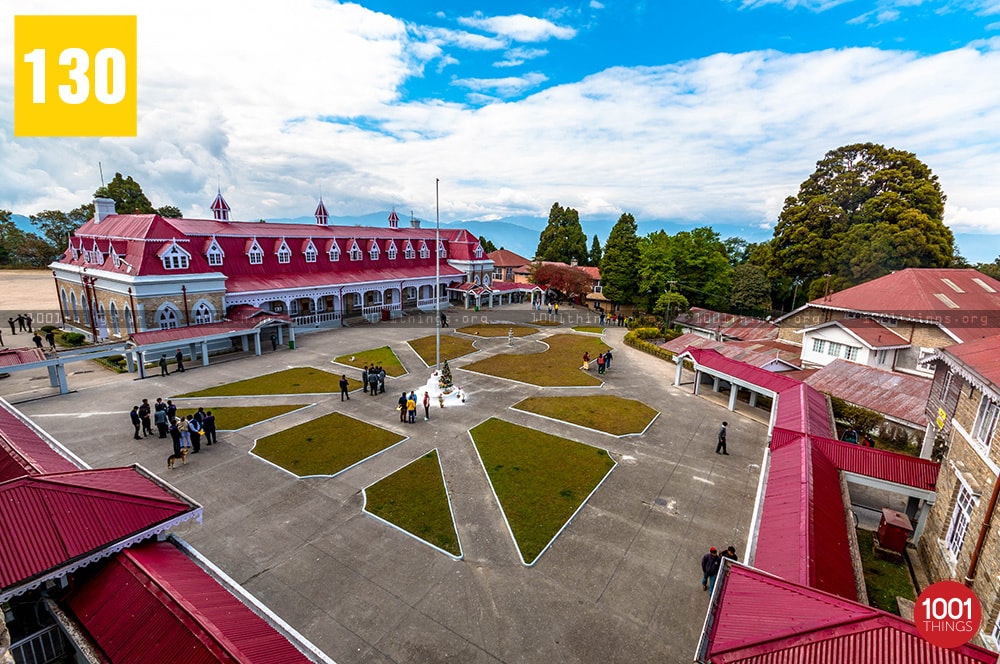 St. Paul’s School was established in the year 1823 by John William Ricketts to meet the educational needs of the growing British and Anglo-Indian community in Calcutta, it was in the year 1864 the School was transferred to Darjeeling, The site was chosen at the hill called Jalapahar, situated at the elevation of nearly 7500 feet above sea level, making St. Paul’s a Public School at the highest altitude in the world.

Health was one of the main reasons for transferring St. Paul’s to Darjeeling, “a healthy mind in a healthy body” — has been the ideal of the good school in the centuries old Public School tradition as in the Vedic Indian tradition. Good health and an all-around intellectual, value based and academic education during school days are perhaps the most important assets a boy can have.

The exhilarating climate and the inspiring presence of the Himalayas provide an ideal environment for the ideal school. The Himalayan environment is good for the boys’ health. For generations, Darjeeling has been renowned not only in India but also in other Asian countries and in the West as the unique hill resort where both good health and good education have been provided at St. Paul’s School.

The original purpose of the school was to supply a good education at a moderate cost to the sons of Europeans and East Indians, after Indian Independence in 1947, it became a school for wealthy Indians and attracted wealthy students from other Asian countries.

The school is spread approximately over 65 acres on a spur of the hill and is situated in one of the highest hills of Darjeeling town called Jalapahar, about one kilometre to the south. Set in the midst of the grandest and most majestic scenery of the Himalayas, the buildings and grounds look across the intervening hills and deep valleys to the vast Kanchenjunga range forty miles away.

The school is divided into three sections, The primary, Junior and Senior wings. The three wings are run independently with the Primary Wing having its own campus and a slight difference in uniform. The rector is the head of the school, assisted by the senior master, the head Junior Wing and the head Primary Wing.

Senior boys showing suitable qualities are chosen to be prefects,they assist the Rector and his staff in maintaining discipline and is also a channel for communication between the staff and the boys. Scholarships are awarded annually to boys in the School who show exceptional academic merit or to deserving pupils whose parents are in genuine need of financial assistance.

There is a very beautiful and well-maintained Chapel in the school, All Boys and staff of diverse faiths worship together in the Chapel. Many of the Occasional Prayers used in the services are, to quote a few, poems from Gitanjali or other works by Rabindranath Tagore, quotations from the Gita, Shri Ramakrishna Paramahansa and Swami Vivekananda, from the Bhagavad Gita and the Holy Koran.

“Moniti Meliora Sequamur or Having been instructed, we follow higher things” is the motto of the school.