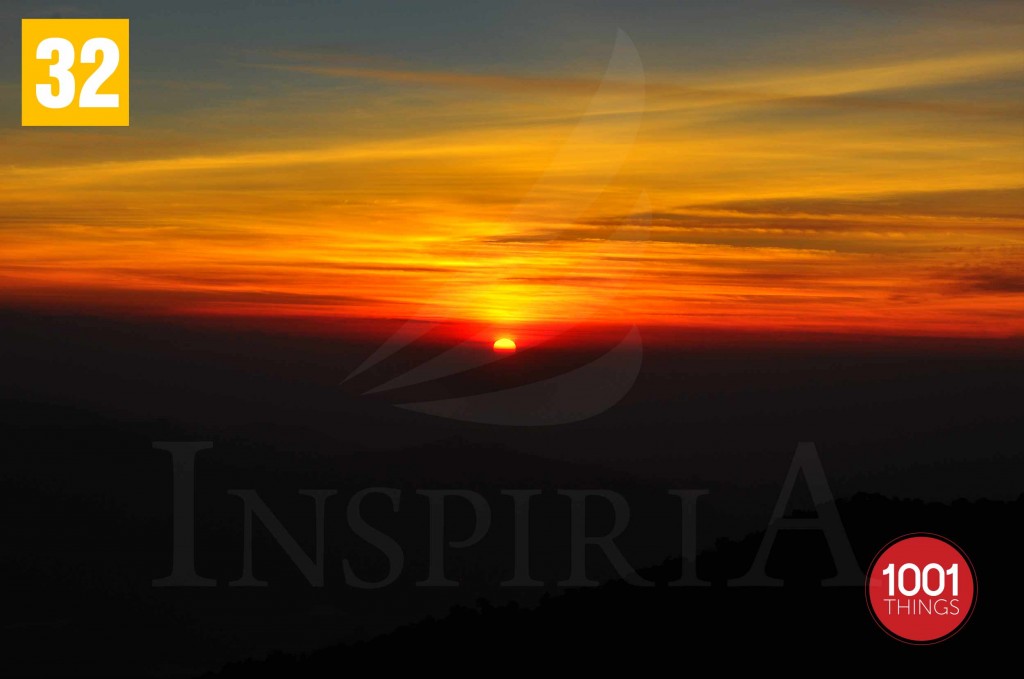 Tiger Hill, Darjeeling – A Brief Guide on How to go 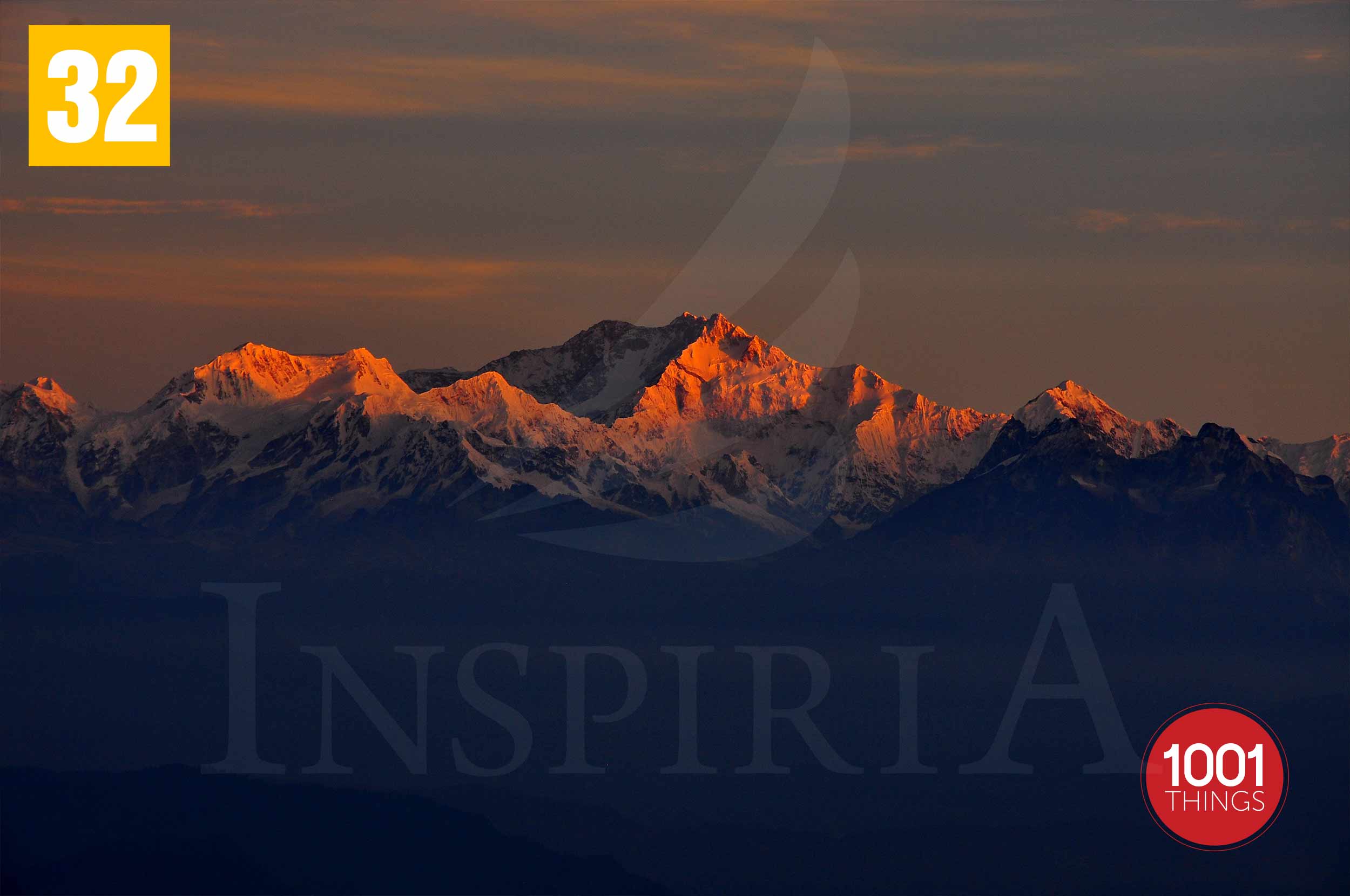 During the sunrise, the first rays of the sun shed light on the twin peaks of the Kanchenjunga painting it pink and then in a beautiful orange color. From Tiger Hill, Mount Everest is just visible between the two peaks standing by its side. The distance in a straight line from Tiger Hill to Everest is 107 miles.

While on Tiger Hill Darjeeling one can visit Senchal Wildlife Sanctuary which offers great picnic spots and has two artificial lakes which serve as reservoirs for water supply to the town of Darjeeling. In the hills, one simply has to wake up to the stunning sunrises. The first glimpse of the golden horizon makes one’s day. 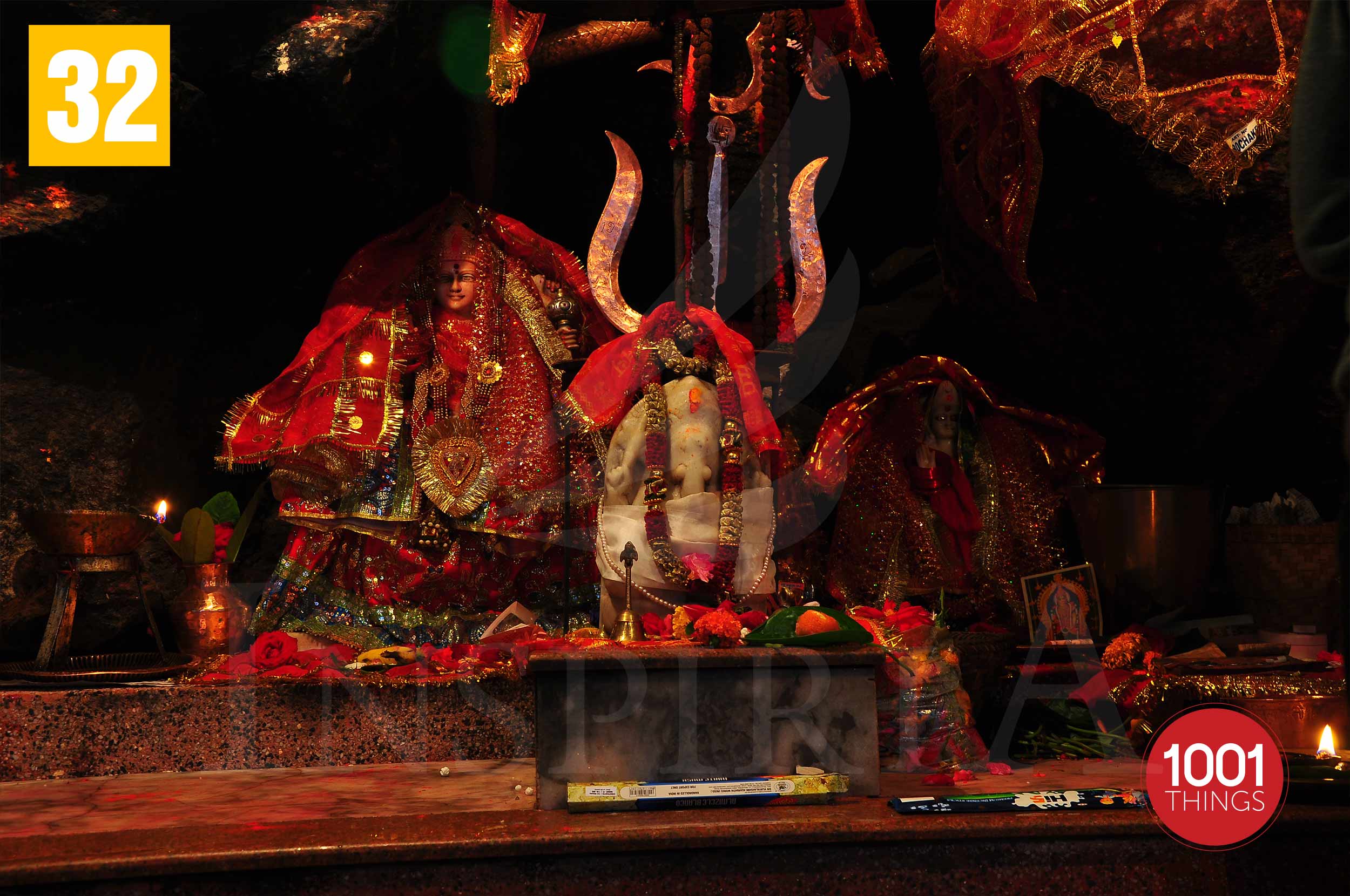 The sun plays its true colors behind the mountains and the horizon turns crimson as the sun comes out of the mountains like a perfect yolk. It is relishing to see the sun become stronger as it goes into the sky. Kanchendzonga Hill which stands on the North changes its color from blue to white to pink to gold. The mountains look so close that they deceive people. It looks as if the sun is doing its chores for the first time. 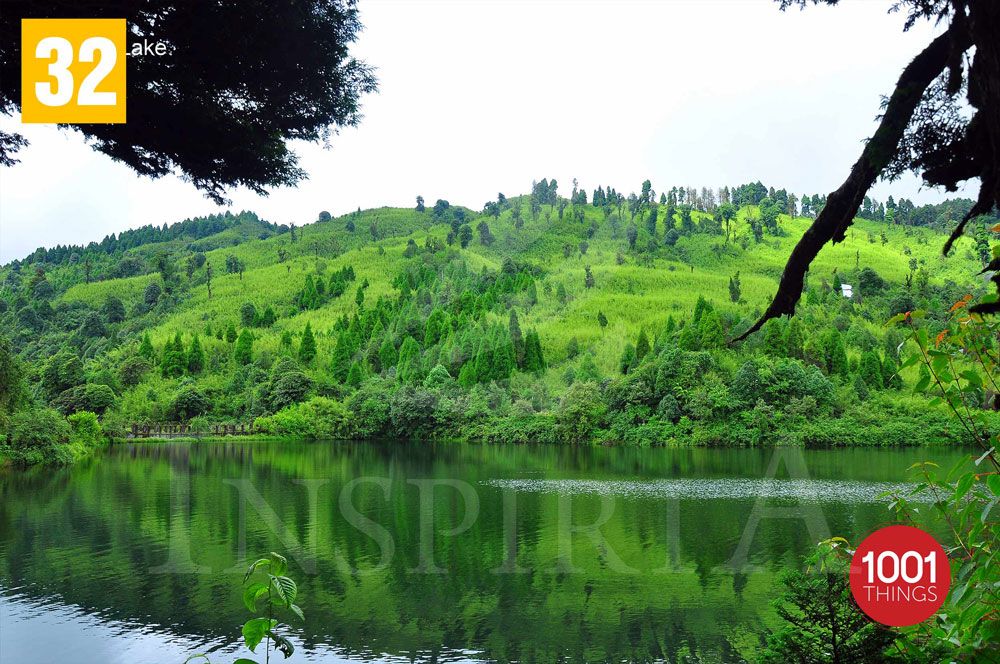 Tiger Hill Darjeeling is a destination in itself offering not just great views during the sunrise but it’s also a place where one can soak themselves in the Himalayan serenity any time of the day. If you have ever had plans about visiting Darjeeling, you would know that one of the most recommended ‘must go’ places in Darjeeling is Tiger Hill. It is one of the prides of the queen of hills. This hilltop has made its name because of the ‘out of the world’ view it offers of the majestic mountains, the Everest (8,849 m) and the Kanchenjunga (8,586 m).

Standing tall at an elevation of 2,590 m, Tiger Hill is a source of bliss for. The golden hours from here are magical, making anyone believe that they are in paradise for a moment. In the early morning when the sun rises the mountains glow up in reddish light creating one of the best alpenglows you’ll ever see. An interesting thing that you can see from Tiger Hill is that Kanchenjunga looks higher than Mount Everest.

It simply happens because of the curvature of the earth. Kanchenjunga is way closer to Tiger Hill than Mount Everest, resulting in this picture where Kangchenjunga stands taller than the world’s highest mountain. The whole mountain range stands with all grandeur in front of this hill. Apart from this even Kurseong and rivers like Teesta, Mahananda, Mechi and Balason are visible from here on a clear sunny day. Tiger Hill is also the summit to Ghoom Railway and is closeby to the Senchal Wildlife Sanctuary. 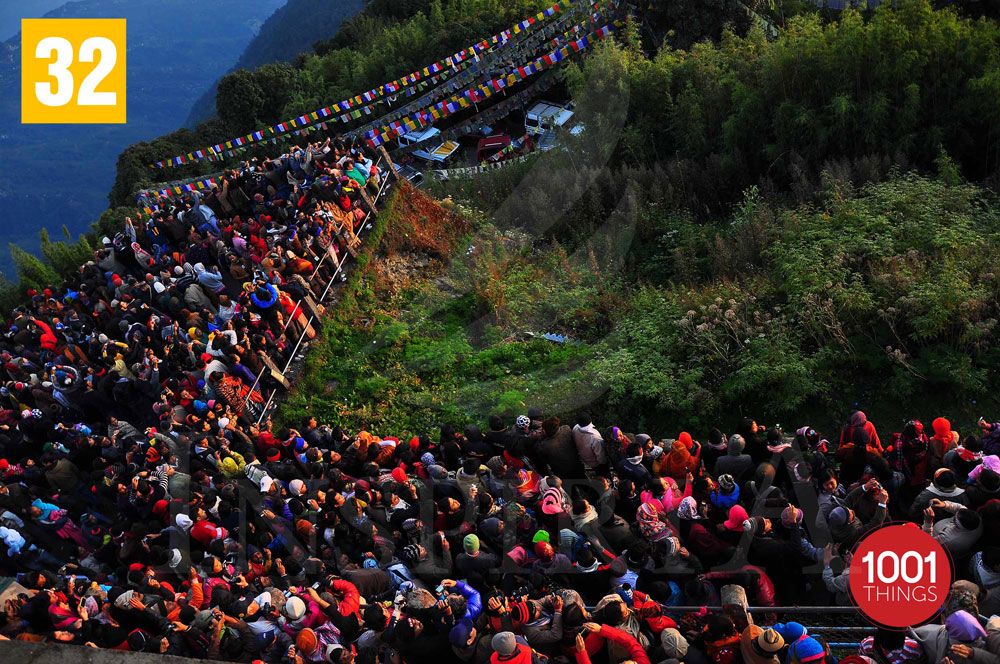 As the weather in Darjeeling is chilly for most of the year, the same goes for Tiger Hill. Since it is a hilltop standing at an elevation of more than 2000 meters, the climate up top becomes very unpredictable. Cloud formation keeps occurring and spreading across. One minute it would be completely sunny and clear and immediately it can turn to a place covered with fog and clouds blocking the views of those mountains.

The town overall has a temperate climate with its annual maximum temperature being 17.2 ℃ and the annual minimum temperature being -7.2 ℃. It rains almost half the year in Darjeeling, with the highest rainfall being in July. Darjeeling also witnesses snowfall albeit not yearly but at least once a month in the winter months i.e. December, January and February. 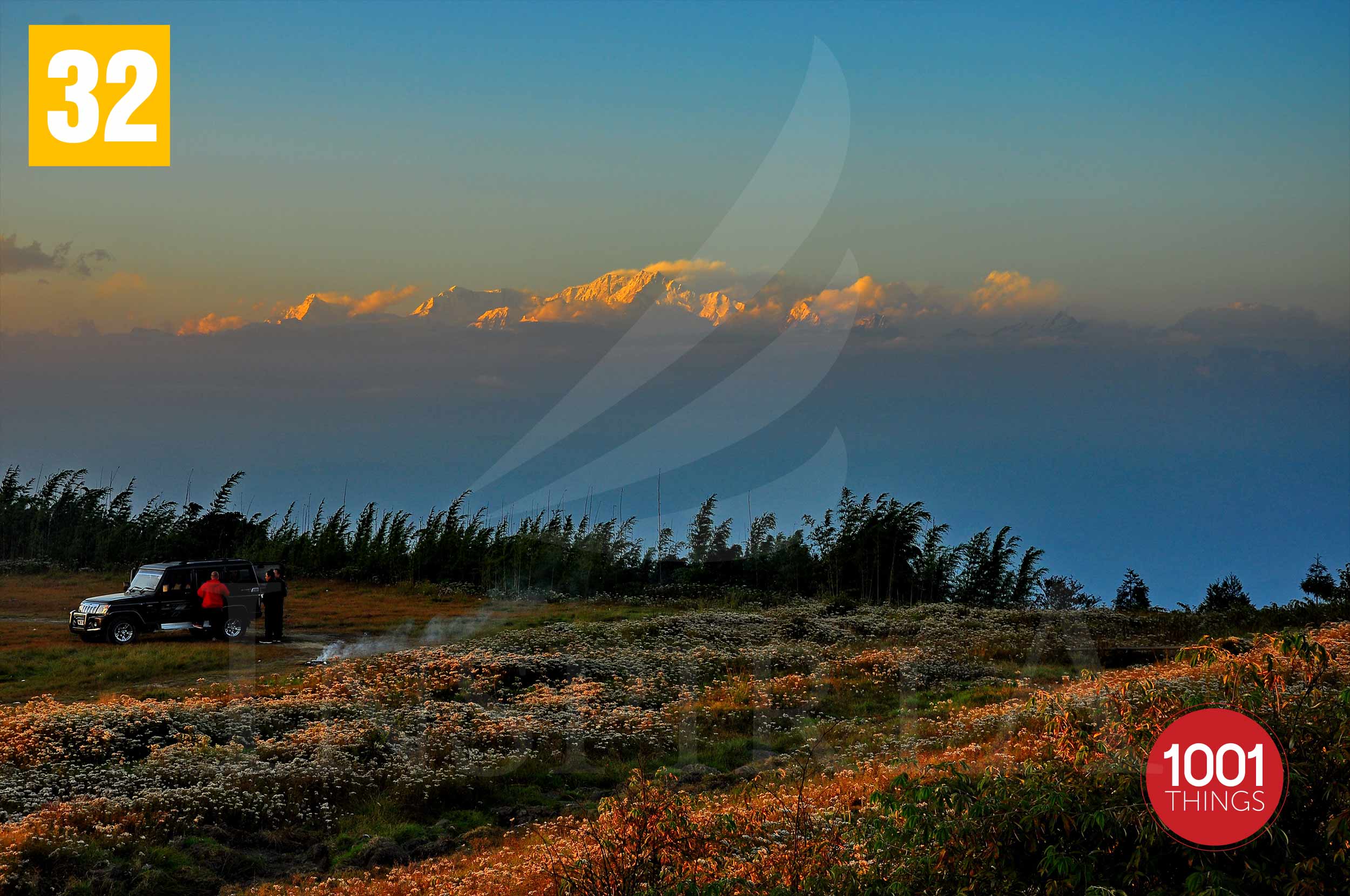 From Darjeeling Town, Tiger Hill is 11 Kms and can be reached by taking a four wheeler, particularly a jeep which costs about Rs 12,00 to Rs 18,00. For the more adventurous souls, they can even hike to the hilltop crossing over various tea gardens.
Best Time To Visit Tiger Hill Darjeeling Months from February to April in Autumn and October to December in Winter are the best time to visit Tiger Hill.

Before sunrise and sunset are the best times to be present at the hilltop to witness the heavenly rise and set along with the best views.

Some hotels and accommodations near Tiger Hill are: